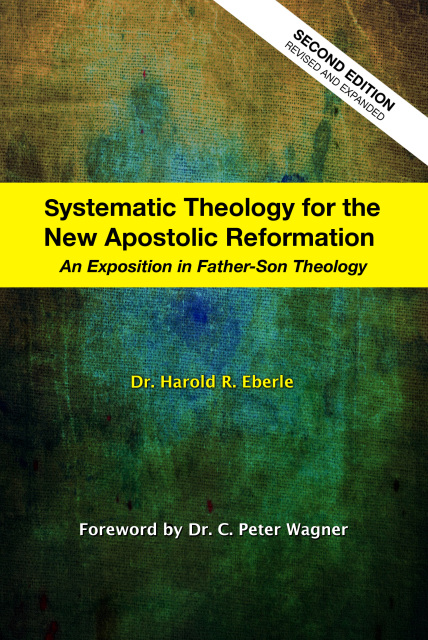 Systematic Theology for the New Apostolic Reformation: An Exposition in Father-Son Theology

This is the Second Edition of Father-Son Theology, it has been revised and expanded.

This book will help you embrace God as your Father and see yourself as a son/daughter of God. In other words, it will help you hear what God is communicating to His people at this time. The concept of God as Father sounds simple enough, but the related truths are clouded by 2,000 years of Christianity being filtered through the lens of Western civilization. In Father-Son Theology, I have worked passionately to separate biblical Christianity from Western culture. That means:

1. separating Christianity from the dualism that lies at the foundation of Western civilization;

2. eliminating the influence of Plato that came into the Church primarily through Augustine and Calvin;

3. and embracing the Biblical/Hebraic concept of God.

In Father-Son Theology, I take a stand on several major issues, challenging doctrines that Christians have accepted as truth, without taking the time to consider the historical development of the related doctrines.